The situation is dire

Agents of the 'foreign hand' are trying to decide the future of Indian politics by publishing reports and trying to “mess around with India’s domestic politics”. It is a testament to the foresight and superior education policy of successive state and central governments that these agents are doomed to failure since an estimated 90% of the 1.2 billion Indians can’t read English.

But the fightback has begun…

To battle the nefarious “foreign hand”, crack troops have been dispatched from the COmpletely Nepotistic, Graft-Ridden and Egregiously Sycophantic Society of India (otherwise known as G-Company). Battalion commander Deep Thought Sharma has come out with soundbites set to stun.

The agents of the 'foreign hand' are parading their “ignorance about basic facts of Indian economy”. Deep Thought must be referring to a different set of facts from the ones below. 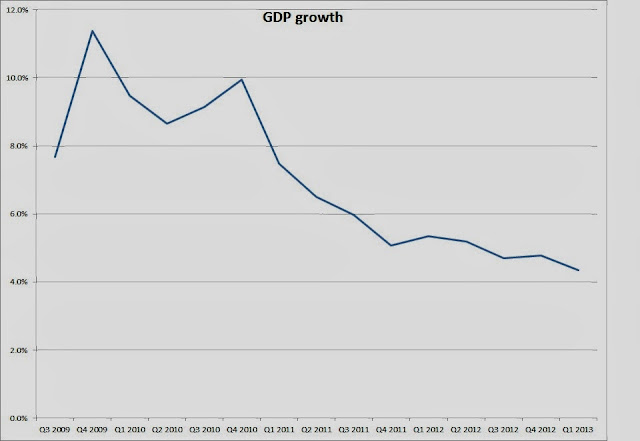 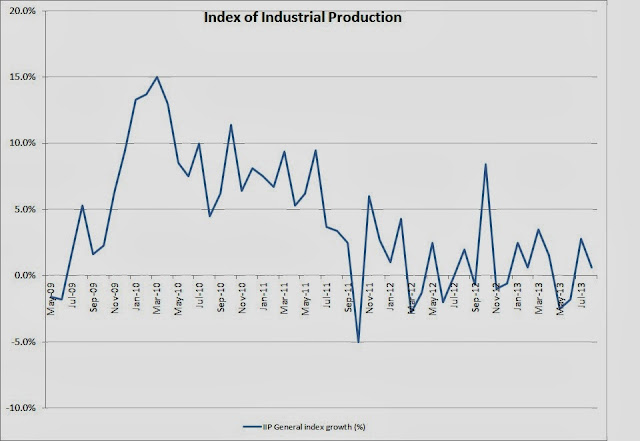 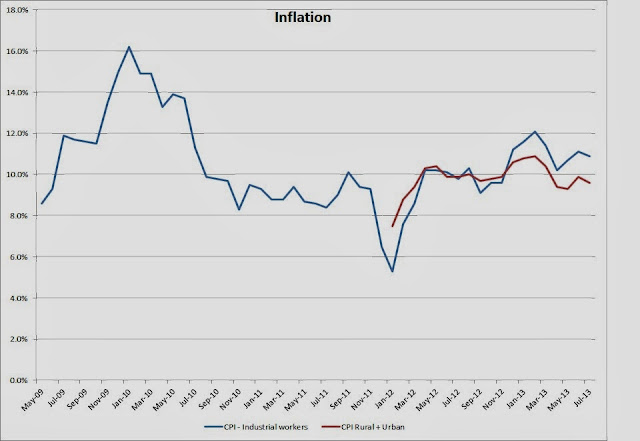 …then makes a daring bid to show economic savvy

“All informed people know some recent international factors, especially in the economy of the US, have affected the volatility of stock markets and various currencies all over…India…has faced this challenge effectively…and today our currency and stock market are doing well, even compared to some other emerging economies.”

The stock market has indeed recovered but will the Commander's aide please tell him that he’s holding the FX chart upside down. As Commander of Commerce and Industry he would know that an increase in the number of Rupees per Dollar is a sign of currency weakness not strength. 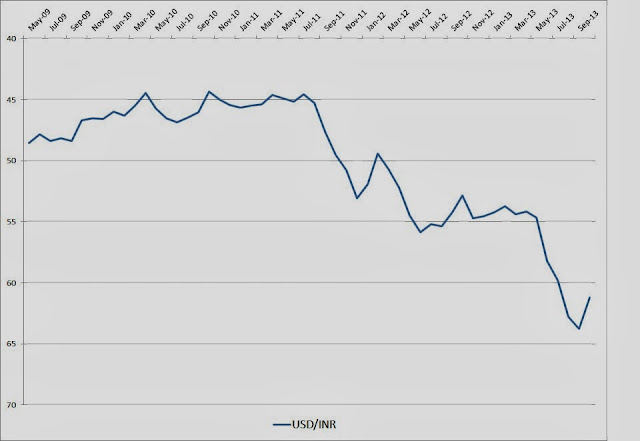 “Government and industry have been working together with a sense of determination and purpose when we were all faced with an international financial crisis…today our fundamentals are strong, investment and savings rates are good and investors’ confidence has gone up.”

Unless Commander Deep Thought stepped into some parallel universe, the “international financial crisis” occurred more than 5-years ago. However the current situation is undoubtedly the result of government and industry working together; perhaps too close for comfort. But what are a few telco licenses or coal blocks between friends. Especially if poor farmers like NCO Vadra get some deals on the side to keep the home fires burning.

Strength of fundamentals lies in the eyes of the beholder and Indians certainly aren’t drinking the Kool-Aid. According to the RBI’s latest consumer confidence report, confidence “declined on account of decrease in positive perceptions on household circumstances, income, spending and employment.” Maybe the nebulous investors whose confidence has gone up according to Commander Deep Thought may wish to see the graph below. 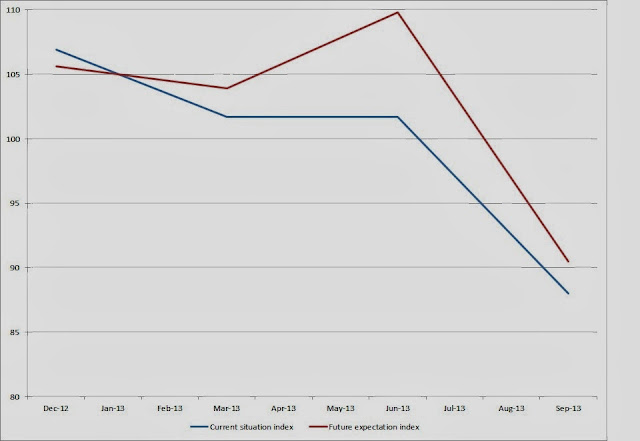 …and gets correlation and causation mixed up

FDI did indeed spike up after 2007 but it is less clear as to whether it was due to the able management of G-Company or the desperation of international investors running away from a moribund US recovery and European crisis. We are also trying to ascertain the claim that the boss of G-Company is so great that when he goes to the sea shore, the sea advances to kiss his feet.

Fires one last salvo before withdrawing to rearm his blunderbuss

Deep Thought fired some selective data at G-Company’s arch nemesis and left in a smokescreen of random facts (A more complete picture can be found here: Narendra Modi - A Fact Based Look).

This shot in particular left us bemused: “Gujarat is also one of the most indebted states of the country, ranking third with a debt of Rs 1,39,000 crore”

Final note to Deep Thought’s aide: Aside from marking which way is up on charts, a brief lesson in presentation of datasets may be helpful. It is essential that the Commerce and Industry Minister understand how economic data is presented, i.e. which numbers are presented as absolutes and which as ratios. For example, Deep Thought may be surprised to learn that government debt is usually presented as a ratio to GDP. According to the RBI, Gujarat has a debt-GDP of 26% which puts it 8th out of 28 states and far below India’s debt-GDP ratio of 66%.
Posted by Shashank Khare at 14:36 No comments: