India and the Road To Be Taken

My latest column is out:

The lack of vision, an absence of ideals, and self-serving short-termism of the present government has come home to roost. When the world economy is in torpor, India too has sleepwalked into disaster. Understandably, the markets have not been kind to India, causing the neo-socialist durbar to pass one panic-stricken counterproductive short-term measure after another just to tide them over the next election. However, it is not only general political ineptitude and corruption that are to blame. The Indian malaise springs from other fundamental factors.

The state-directed development model imposed after Independence has resulted in an economy that looks modern but is more medieval. With more than two-thirds of the population in rural areas, one-quarter illiterate, and more than three-quarters employed in the informal sector, it is ludicrous to think pulling a few levers at the Reserve Bank of India (RBI) can sort out all problems. The appointment of Raghuram Rajan is laudable, but the ensuing media circus has diverted attention from the real issues. Neat monetary theories that are failing in the West are even more irrelevant in the Indian context. The way out of the woods requires three interrelated policy steps—land reform, promoting industrialization by deregulation, and building infrastructure.

http://www.livemint.com/Leisure/7IgJFzfc12iwXRefLTjwuM/India-And-The-Road-To-Be-Taken.html
Posted by Shashank Khare at 21:25 No comments:


Peripheral yields are down, the Euro is up and once again the worst seems to be over. Since it is a debt-crisis, maybe looking at the burden of debt on peripheral economies is likely to be more instructive than extrapolating a trend change from one datapoint (be it PMI or unemployment).

On this score, the graph below shows the great strides made in reducing indebtedness amongst peripheral European countries.

Graph 1: This is the debt-GDP trajectory under austerity 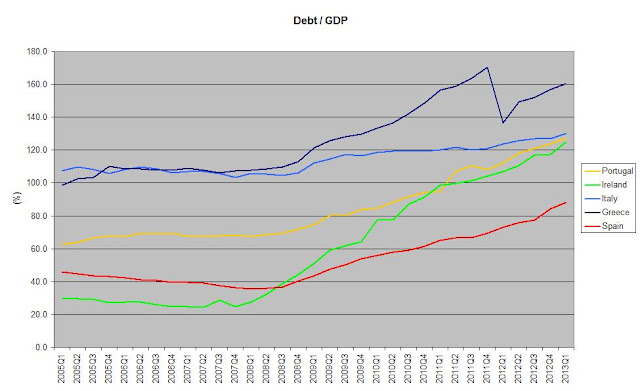 Perhaps it is time to redefine the “sustainable” debt/GDP ratio of 120% upwards? After all it was a number pulled out of an economist's hat. Moreover some genius economists argue that with yields at the lows, the total debt which an economy can shoulder is much higher. Further, all the peripheral economies have achieved such success in broadening their revenue base (and not to forget privatising) that they can easily cope with this “temporary” debt burden.

As the graphs show, both interest expense and debt as a proportion of government revenue have never been higher for the peripherals. The only exception is Greece where PSI helped kick the can further down the road. 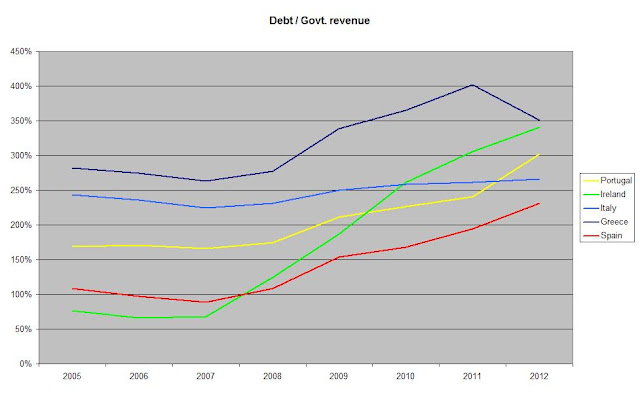 Graph 3: Maybe the official sector will make loans at 0% interest 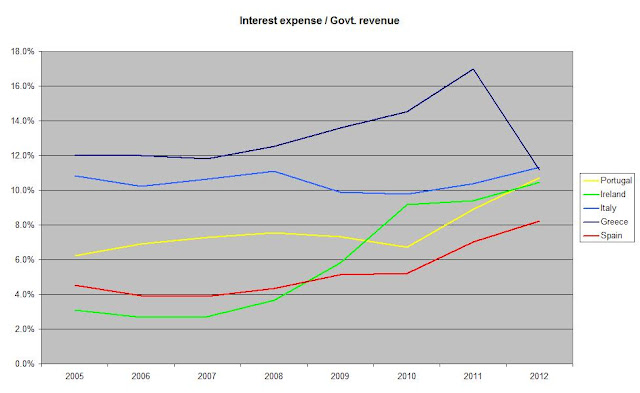 Well at least, those deficits are under contol…

Graph 4: Fiscal compacts are more honoured in the breach than the observance 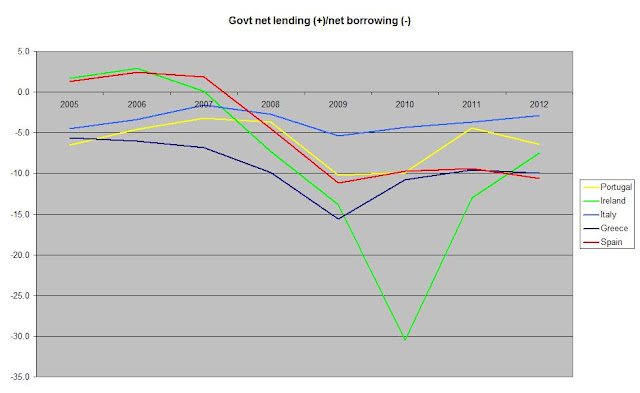 This whole crisis is like a bad horror movie franchise built upon an initial blockbuster. The plot lines are tired and it’s fairly obvious what’s coming next. The only surprising thing is the audience’s credulity at every clichéd twist. Making matters even worse is the fact that the colourful cast from the initial instalments has been replaced. Who is going to provide memorable moments such as these?

"I would like to say how happy I am that a solution to the Greek crisis, which has weighed on the economic and financial situation in Europe and the world for months, has been found." – M. Sarkozy, March-2012 (http://www.bbc.co.uk/news/business-17308804
Posted by Shashank Khare at 13:47 No comments: