Having imbibed heavily at the Ben & Kuroda bar, foreign investors continue their advances towards the Indian stock market. They put $3.8bn into equities until 29th May which is just shy of the record $4.1bn put in May 2009 which caused a 28% gain that month. The results this time around have been less spectacular because unlike May 2009, the locals are happily selling to the “informed” FIIs. Then net domestic MF inflow was INR23bn (with FIIs putting INR186bn) compared to a net outflow of INR33bn now (all sold to that QEasy gentleman in the suit putting up INR207bn). The two graphs below show the disconnect between local and foreign perceptions on Indian equities.

Graph 1: India shines brighter the further away one is from it 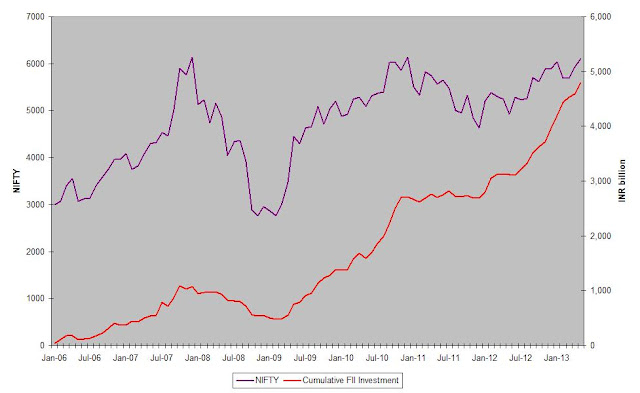 Graph 2: Selling it to the tourists 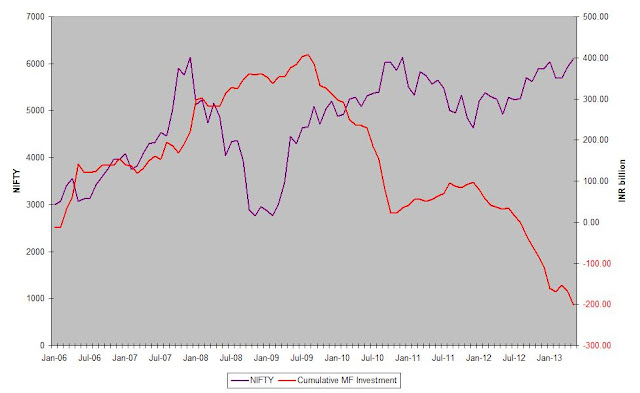 The fact that FII flows are the prime driver of equity markets is not in doubt. However, the cause of this euphoria is certainly puzzling as I’ve stated previously. On a fundamental level, Indian stocks do not appear to be undervalued. NIFTY, the Indian stock market index, has a P/E ratio roughly around the average of the last 14 years and a dividend yield which is lower than the 14-year average (Graph 3). The macroeconomic picture is clouded by political uncertainty and instability with corruption scandals booming even as the economy stalls.

Graph 3: Assume a growth story to justify the price 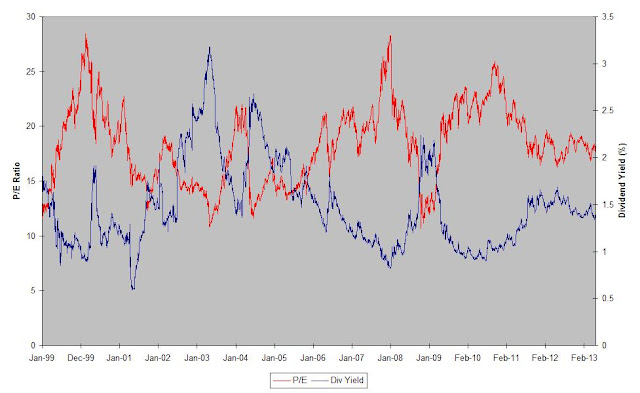 The current rally seems forced also in light of the divergence between the stock market and USDINR FX rate. As graph 4 shows, recent stock market rallies were associated with INR strengthening (2006-08 and 2009-11) as FIIs piled in believing the India/BRIC/Decoupling story. Conversely, stock sell-offs were correlated to INR weakening (2008-09 and 2011-12). However around the beginning of 2012 the stock market has rallied yet the INR remains near its all-time-lows. Certainly the burgeoning current account deficit (Graph 5) doesn’t help but the inability to attract foreign investment to make up the gap through the capital account and consequent reduction in RBI’s FX reserves points to a bleaker environment ahead. Foreign investment almost regained its pre-crisis level of 5% of GDP in 2009-10 but fell to 2.7% in 2011-12. 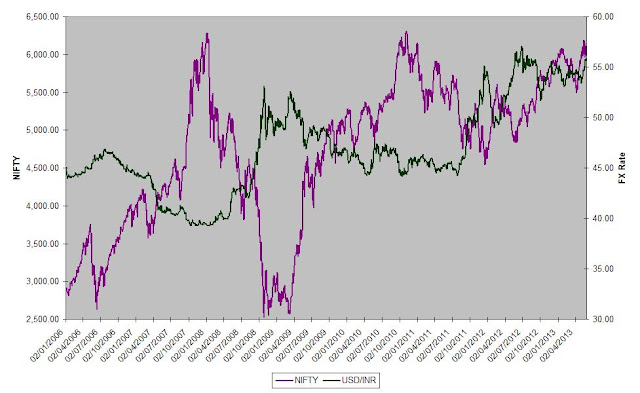 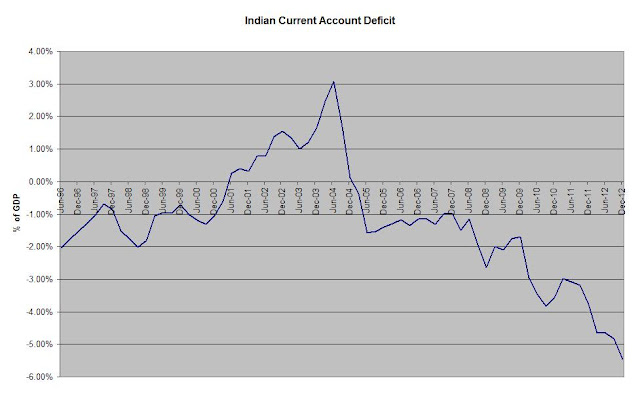 Whatever reasons foreign investors have for rushing into Indian equities, at least they have no competition from the locals who foolishly seem to be despondent about their country’s outlook (Graph-6). 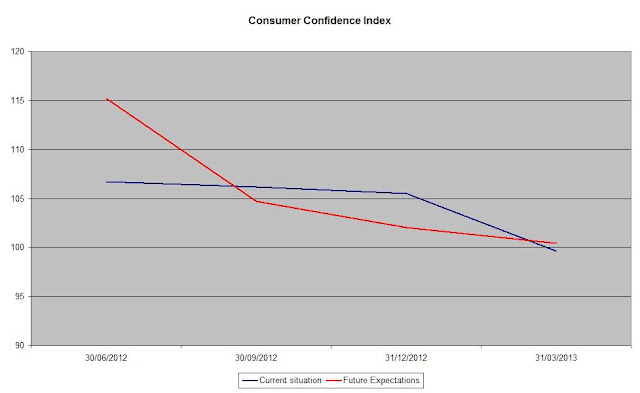 Ben & Kuroda’s open bar may have fuelled foreign investors’ desire but it is likely to take away their performance.
Posted by Shashank Khare at 23:10