It is fairly well known that the Indian stock market is driven by foreign investment where FIIs have created their own reality by blindly buying into the “India” story (apoint I made earlier this year). Graph-1 illustrates this quite nicely. 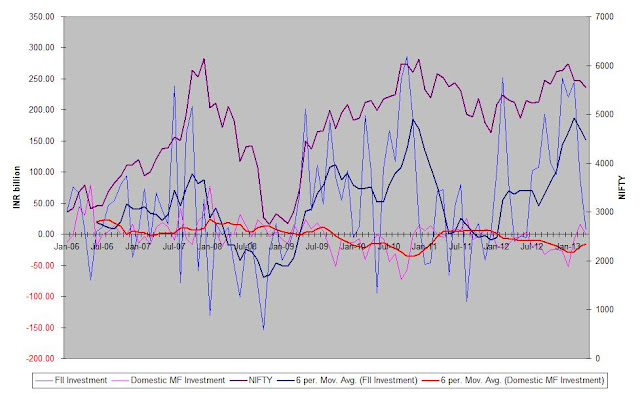 Prior to the sub-prime financial crisis, domestic investors had caught the equity bug but now they seem to have developed immunity as graph-2 shows. From a high of 408bn Rupees, domestic mutual fund investment is now -154bn, i.e. domestic investors have withdrawn more than they put into the market since 2006. In the same time period FIIs have put in 4,536bn Rupees.

Graph-2: Domestic investors not impressed by the cult of equity 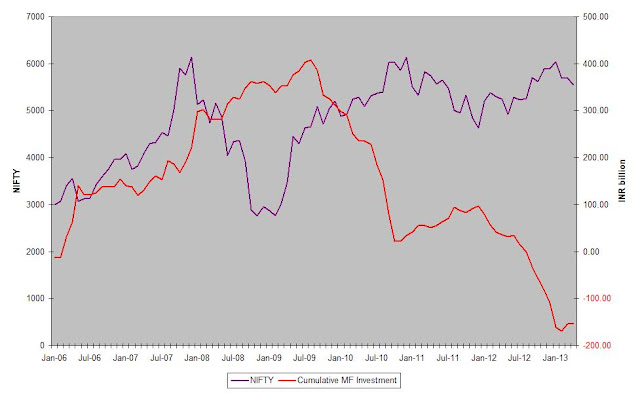 Apart from their traditional reluctance to engage in an insider’s game, Indian retail investors may probably be looking through the money illusion. Real returns from the stock market have been negative (Graph-3). Since 2006 beginning, investors have lost 14% on a total return basis with the index down 20% in real terms.

Graph-3: Indian equities don’t seem to be an inflation hedge 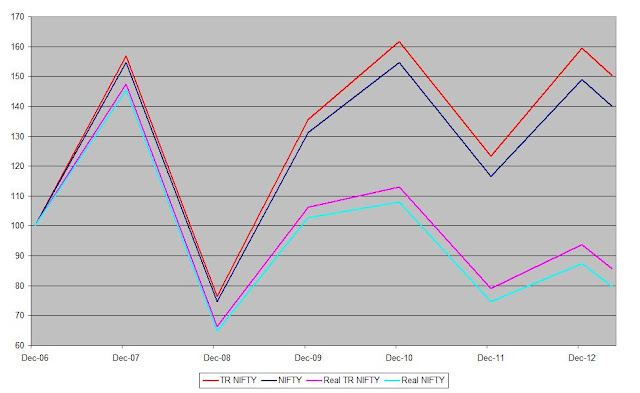 The strange element in the story is that returns for FIIs measured in US Dollars are worse. The total return index in Dollar terms is back to end-August 2007 levels and down a third (33%) from the peak in beginning of 2008. The index itself is down 37% from the peak (Graph-4). 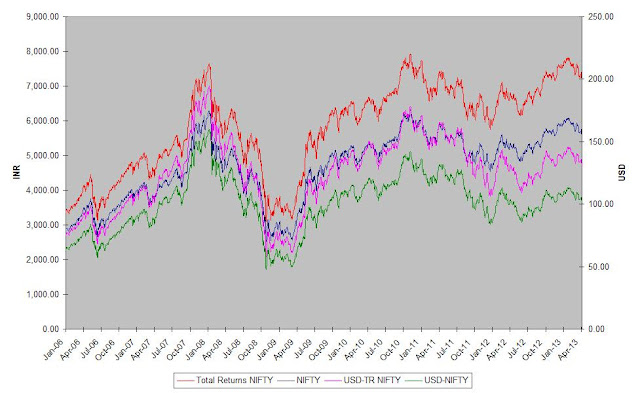 Therefore the question comes up again: What is the basis of FII optimism? Is it because of belief in:
None of the three reasons is compelling but the fact is that money continues to roll in (helpfully funding the current account deficit). It’ll be interesting to see how this unfolds.
Posted by Shashank Khare at 16:38