A rising tide of QE has raised only yachts. This is quite apparent from the housing market. Even as the economy is moribund and financial services industry is shrinking, the housing market is defying gravity. However, not all areas share in the bounty. This is in stark contrast to the pre-financial crisis period when prices for all boroughs rose in tandem (Graph-1). Since 1997 average prices hardly fluctuated from the peak and falls were mostly not more than 5% and of short duration. 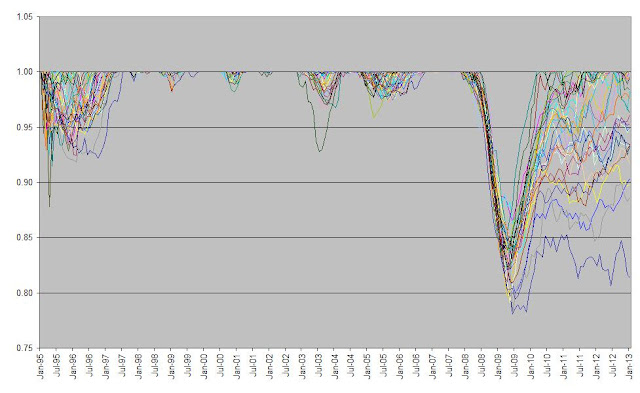 The financial crisis caused prices to correct by 15-20% before massive monetary easing by panicked central bankers halted the decline. Graph-2 shows the life support provided by BoE. Due to aggressive rate cutting, the index measuring cost of mortgage interest payments is now at levels last seen a decade ago. This not only allows indebted homeowners to hang on (thus decreasing supply) but also provides a huge incentive for homeownership versus renting since rents have kept rising. Adding to the demand is the safe haven/trophy bid from abroad. This combination of reduced supply and increased demand has caused prices to go up even as transactions are at a low (Graph-3). 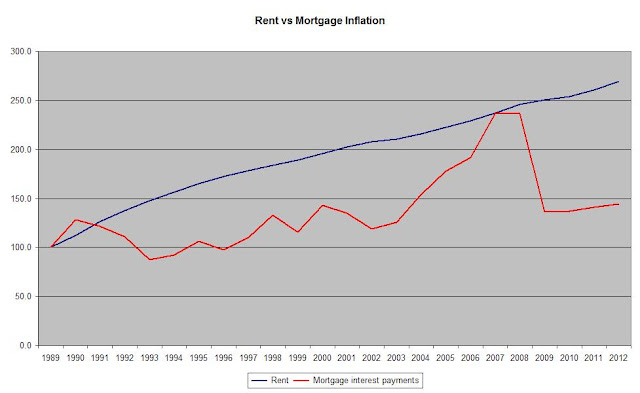 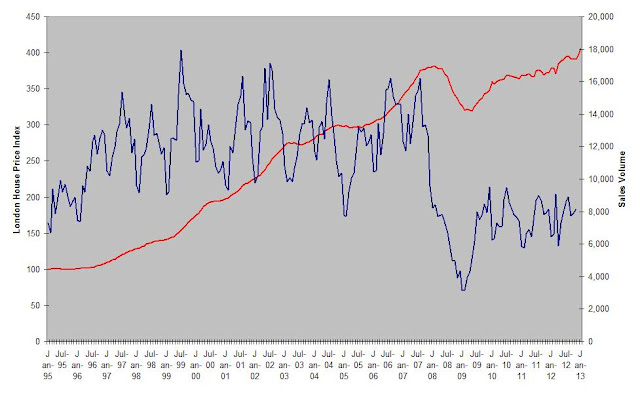 Price rises are not backed by fundamentals since gains from housing “recovery” have largely gone to the wealthy (as opposed to the pre-crisis decade). As graphs 4&5 show, more expensive boroughs have seen the largest gains relative to their pre-crisis peak. The cut-off for houses regaining their previous peak price is around £300,000 in nominal terms and £600,000 in real terms. To put these in perspective, the average gross total pay in is £38,315[Footnote 1]. 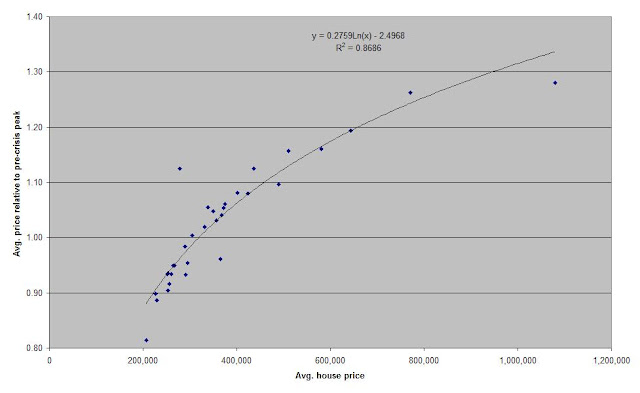 Graph-5: Real returns come to those with money 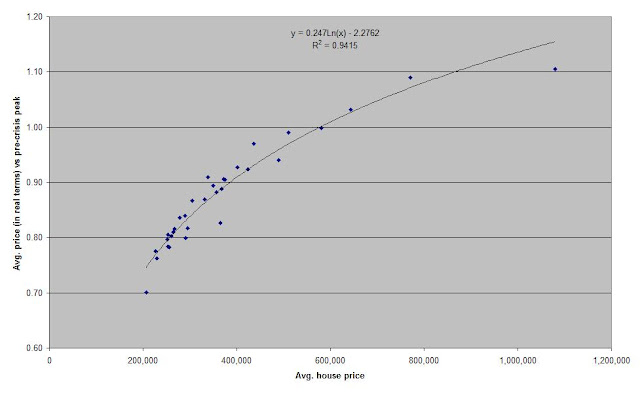 This divergence in the housing market is merely another symptom of how policies have benefited the plutocracy at the expense of the general public. QE’s ineffectiveness in reviving the economy but juicing up asset prices is clear to most people except doctrinaires locked up in ivory towers on . One can only watch horrified as the experiment progresses further. On a more positive note, at least the Chancellor has promised everyone some cake if they can’t have bread through his ill-thought house buying incentive plan.