What does September bode? Part - III

This is the most bizarre hope in my opinion. I’d made the case earlier (Red Flags Over China) about how futile it is to hope that a centrally-planned economy built on exports and marked by extreme wealth inequality where a large proportion of the population is still dirt-poor is suddenly going to turn around and rescue the west by becoming a broad-based consumer-led economy.

Since a lot of the facts have already been pointed out in the 1st August post referred above, I’ll stick to the new evidence which has come to light since then. 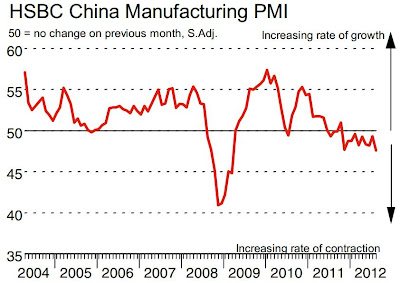 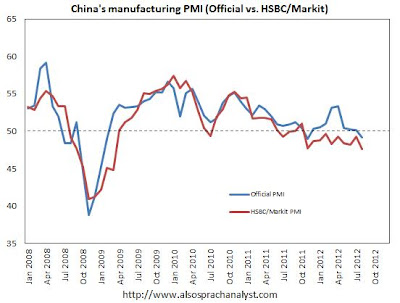 The hope that Chinese demand will save us, failing which a Chinese stimulus will surely save us is false. The Chinese economy will not experience an immaculate transformation into a consumption-led economy from an investment and export-led one. Bulls in shop may find they are liable for damages. Therefore, commodities and economies dependent on them and (eg. ) are in a precarious position.

A word of caution for investors before they plunge in

Even though the market’s hopes for a miracle may be in vain and policy actions may have only a fleeting effect, we must remember Keynes dictum that the market can be irrational for longer than one can be solvent. Just as faith in squiggly and straight lines often makes a technical analyst’s predictions self-fulfilling, similarly faith in the omnipotence of central bankers and policymakers can cause markets to run away from fundamentals. Moreover, the well-flagged dangers of September may have already caused the faint-hearted to flee. A rally will cause them to return for fear of missing out and hence reinforce itself. Since the crisis began in 2007 there have been many periods of such "astonishing" rallies in various markets. However, fundamentals always reassert themselves and bigger the rally, harder the subsequent correction.

The suitably positioned long-term investor can weather the irrationality while the short-term speculator must tread carefully. Paraphrasing Mark Twain, ‘September: This is one of the peculiarly dangerous months to speculate in markets. The others are July, January, October, April, November, May, March, June, December, August, and February.’
Posted by Shashank Khare at 15:36