What does September bode? Part - II

Continued from Part - I

2. Draghi will save us

As politicians fiddle and squabble over everything economic conditions continue to deteriorate in the Eurozone. The malaise is no longer confined to the peripherals. has been moribund for a long time and now ’s economy is heading south as well. In addition, optimistic growth, revenue, budget and deficit targets for bailed out countries were missed as usual. Lack of a solution has spooked the private sector and European banks are pulling back into their own territories. A solution requires more than printing money. 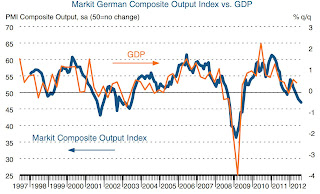 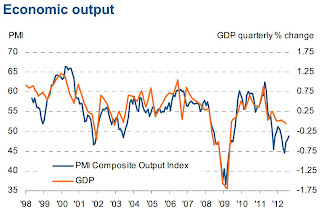 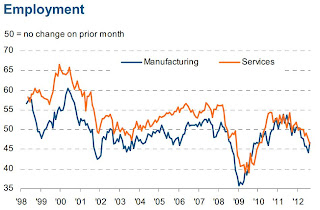 An entire battalion of tanks is slowly moving towards Draghi, the lone bazooka gunner on the hill. Even as he tries to take aim, he is being peppered by shots from his own side. Since this is not a movie, the chances of Draghi unilaterally saving the Eurozone are slim. Moreover, the expectations raised by Draghi's fighting talk may be disappointed.
Sovereign defaults may be avoided by the expedient of short-term/T-bill issuance repoed with ECB (a path blazed by the Greeks) but the Euro rally is unlikely to last for much longer. Short-term bonds and CDS spreads may benefit due to intervention but long dated bonds are an iffy investment.

Continue to Part - III
Posted by Shashank Khare at 10:09