State of Spain and Spanish Banks

This is dedicated to Senor Alfredo Saenz who must be one of the world’s most gullible bankers for declaring that “Mortgages get paid in good times and in bad”. It would come as a surprise to him that the correlation between unemployment and mortgage arrears in is 0.78.

The collection of “stupid” graphs below shows the problem that and Spanish banks face.

Graph 1: Doubtful loans to households for purchase and renovation 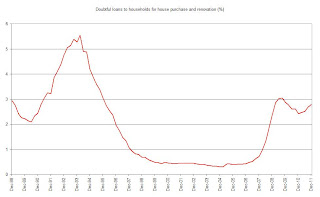 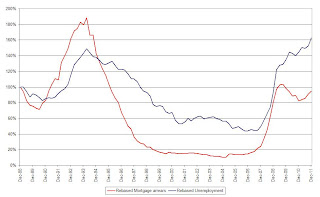 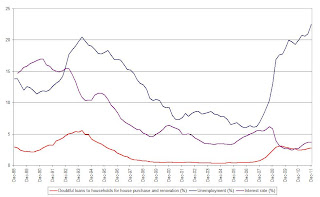 Despite this, NPLs have soared (Graph 4) and Coverage ratios have fallen (Graph 5). 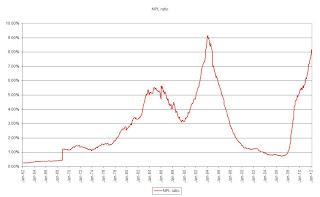 Graph 5: Coverage Ratios falling in the face of rising NPLs 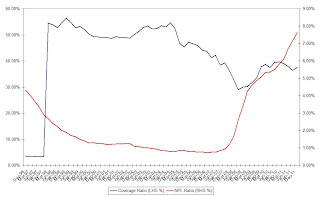 A fall in coverage ratios implies that banks expect the bottom to be near. The theory being that as the economy and the housing market swing back into growth, NPLs will decline and coverage ratios will rise automatically. Unfortunately this is based on a large injection of Hopium as the last two graphs show. 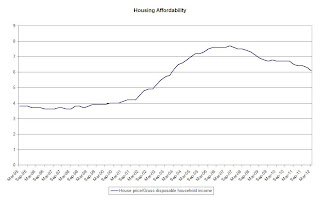 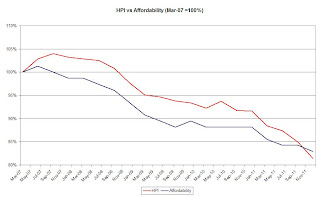 And the pain in housing is going to be felt severely by the banks which have lent €1.05trn (~100% of ’s GDP) to the construction and real estate sectors. It comprises almost 60% of their total lending. 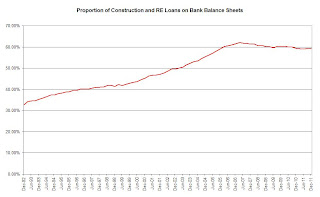